In this session led by PSFK editor Catherine Ollinger, expert panelists who understand the power of layering service and personalization into a DTC product or brand experience will shed light on creating elevated shopper journeys that extend far beyond the transaction, deepening bonds with customers and creating lasting loyalty.

Main Themes and Questions:
•Why personalized virtual service, layered into a product or brand experience, is so powerful, across sectors
•How three experts took revolutionary DTC brands to great heights through personalization and differentiation
•How to foster loyalty and build strong brands today
•What we will see more of in terms of service and DTC as we move forward in a changed industry

RSVP today and get a pre-read report before the event. 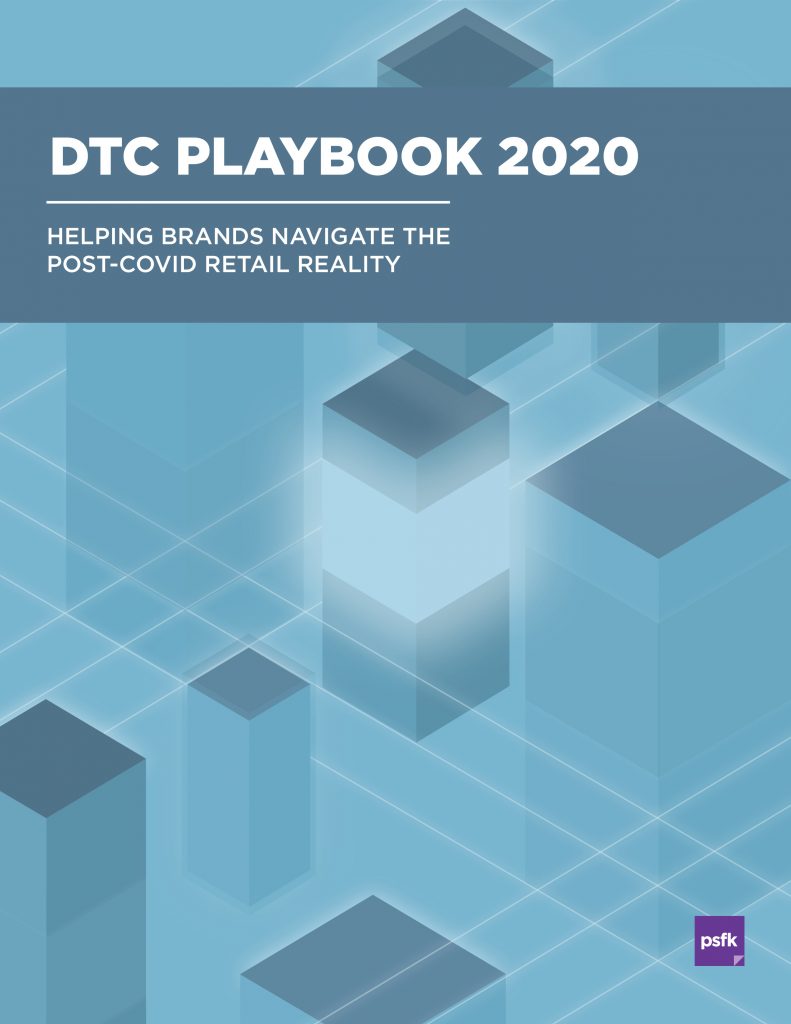 Home is everything to Ariel Kaye, founder and CEO of Parachute. What began in Los Angeles in 2014 as a digitally native brand, Parachute has since expanded beyond its roots — premium-quality bedding — to include essentials for all rooms in the home. In the last six years, Ariel has evolved Parachute into a beloved home lifestyle brand with 10 brick-and-mortar locations across the country, with each retail store serving as gathering spaces within their neighborhoods. Under Ariel’s leadership, the brand also launched a hospitality collection, partnering with boutique hotels and interior designers.

Within the Parachute community, Ariel has created a culture committed to wellness and social responsibility, which extends from Parachute’s team and partners to its customers and the planet. Parachute partners with the United Nation Foundation’s Nothing But Nets campaign to donate life-saving malaria-prevention bed nets to those in need

Parachute has been featured in such notable publications as The New York Times, The Wall Street Journal, Domino and Vogue, while Ariel has participated in prestigious speaking opportunities with Fortune’s Most Powerful Women Summit, Create & Cultivate and Fast Company’s Innovation Festival.

Parachute is committed to inspired, comfortable living. Beyond her design and business acumen, Ariel is spearheading a movement around comfort — both in Parachute’s stores and for customers around the world.

Nicola’s journey into the beauty industry began at UK pharmacy chain, Boots where she served as beauty buying manager for innovation. At a time when conglomerates dominated the industry, Nicola sought out smaller, independent brands from around the globe, and catapulted them to a UK audience. One brand, Indeed Labs was founded by Brandon Truaxe, an entrepreneur and thought-leader who would change the path of her life forever. On leaving Indeed Labs, Brandon’s frustration at the industry remained, he was determined to create a better world of beauty. Captivated by his mind and energy, Nicola made the decision to join Brandon in building DECIEM, a start-up with limited resources but unlimited ideas. Together they set out to make a change in the industry, their aim to be a force of good within beauty.

Working across every area of the brand’s ecosystem, they took DECIEM from having one product in one market in 2013 to the success of launching over 10 brands globally. Famed for its commitment to innovative formulas and honest pricing, DECIEM soon became known as one of the most disruptive brands in beauty. In 2017, Nicola was awarded a CEW Achiever award for her impact on the beauty industry.

DECIEM now has 1000 employees, sells over a product every second, and has 32 stores globally. With many products in development and further expansion plans in place, Nicola is excited to continue doing many more good things, both for DECIEM and for beauty.

Emmett is the Chief Creative Officer and co-founder of Pattern, a family of brands that work together to help people enjoy daily life.

He co-founded Gin Lane, where he served as Executive Creative Director over its 11- year duration. Gin Lane helped usher in a new wave of consumer-led, digital-first brands, helping to launch and grow Harry’s, SmileDirectClub, sweetgreen, Hims, Stadium Goods, Quip, Recess, Haus, Sunday Goods, and many more. Emmett is on the founding team of JAJA Tequila and an advisor to Care/Of, Sunday Goods, Swell Energy, Shhhowercap, and Recess.

Emmett grew up in Southampton, New York and attended NYU’s Tisch School of the Arts for Photography & Imaging, dropping out senior year to start his first business, LOLA New York, with his childhood friends. He still enjoys skateboarding, being in the ocean, making art, and hanging out with his tight-knit group of friends from kindergarten, as well as his girlfriend and dog.

The RIW program has been developed to provide inspiration and direction to executives working in retail, at brands and their partner companies.

The Future of Retail festival has been produced by the team at Retail Innovation Week(R), a spin-off division from research and strategy think-tank PSFK.
July 2nd, 2020 | 12:30 pm - 1:00 pm EDT
Free
Applying Concierge Services To The Shopper Experience
Tickets are not available as this event has passed.